USING COVER CROPS TO IMPROVE THE SOIL HEALTH ON YOUR FARM

Book your place for the annual No-Till Conference  to held on from 4 – 6 September 2018 at the ATKV Drakensville Holliday Resort, Drakensville, Kwa Zulu Natal. The theme for this years conference is Managing Adversity with Diversity with Emerging Cover Crop Strategies by Making Cover Crops Pay. Steve Groff from the USA is this years international guest speaker and will conduct an in depth Cover Crop and Soil Fertility workshop discussing “Tips for Making Cover Crops Work in Dryland Areas”,  ” Taking Cover Crops to the Next Level” and “Bringing Animals Back to the Land”. This conference provides a comprehensive program, some of the speakers include soil scientist Guy Thibaud covering “Restoration of previously degraded soils is a key factor in the transition to No-Till”  Simon Hodgson on “using cover crops and plants to advance biological control of insects” and Dr Colin Forbes on “Moving to No-Till on a mixed farming operation” I you have an interest in Conservation Agriculture and improving the productivity of your soil, this conference provides and excellent opportunity to meet research scientists and farmers who will share their experiences and learnings on how to successfully reap the benefits of No-Till farming. Motivational speaker Quinton Coetzee will address the delegates on Wednesday evening on “THRIVING IN TOUGH TIMES – Lessons from the Wild”. Take advantage of the Early Bird Registration which lasts until 24 August 2018 to avoid the late registration fee. For more information on the principles and practice of no-till farming and the No-Till club visit: www.notillclub.com 2018 NO-TILL CONFERENCE PROGRAMME   2018 BEWARINGSLANDBOUKONFERENSIE PROGRAM 2018 Delegates Registration Form 2018 Contact Numbers For Accommodation

END_OF_DOCUMENT_TOKEN_TO_BE_REPLACED 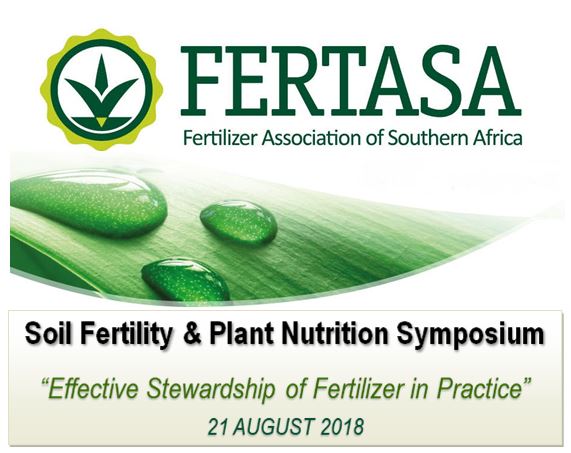 END_OF_DOCUMENT_TOKEN_TO_BE_REPLACED

Dr Mart Farina started his career as a Land Development Officer in Rhodesia and then worked as a soil fertility researcher in the South African Department of Agriculture and the Agricultural Research Council from 1965 to 1998. Since then, he has consulted to Omnia Fertilizer, the FAO in Ethiopia, Nordic Fertilizers in Central America, and to government agencies and individual farmers in Kenya, Tanzania, the DRC, Zambia, Madagascar, Malawi, Zimbabwe and the Republic of Guinea. During the course of his career Mart has authored or co-authored 66 refereed scientific papers, 23 of which were published in international journals. In the interests of technology transfer to the agricultural industry Mart has also published over 50 semi-scientific and popular articles and addressed some 300 farmer’s days; he has also presented over 70 papers at scientific conferences and technical symposia. Mart was a Research Fellow at the University of Georgia, U.S.A., during 1978 and has participated in 10 international conferences on soil fertility, on five occasions as an invited speaker. Mart has been the recipient of numerous awards including six from the Fertilizer Society of South Africa (FERTASA), the BP Scholarship in Agriculture, the Gold Medal for Research from the South African Society of Crop Production, and the Sanachem Prize. In 1988 and 2005 was the Natal Agricultural Writer’s Association Agriculturist of the Year, in 1984 the National Maize Producer’s Maize Researcher of the Year, and in 1994 the Summer Grain Centre’s Researcher of the Year. Mart served as the standing member for Africa, on the International Steering Committee for Symposia on Plant-Soil Interactions at Low pH from 1993 until 2001. Mart has Honorary Membership of the South African Society of Crop Production and is a 40-year Emeritus Member of the Agronomy Society of America and the Soil Science Society of America. Contact details: farina@netfocus.co.za

END_OF_DOCUMENT_TOKEN_TO_BE_REPLACED

Ruth Rhodes previously worked for The South African Sugar Research Institute (SASRI) as a soil scientist and is now a private consultant, delivered a well balanced and objective presentation on the definition of soil health, highlighting some prevalent factors affecting soil health and methods of quantifying soil health. Rhodes initiated the concept of soil health by highlighting “how every soil tells a story” as illustrated below where two soils that started out identically thirty years ago ended up so different due to land use and management: The “term soil health” today is used interchangeably with the terms “soil quality” and “soil condition” and there are various definitions that are used to describe soil health: A state of a soil meeting its range of ecosystem functions as appropriate to its environment. Soil health / quality describes soils that are not only fertile but also posses adequate physical and biological properties to “sustain productivity, maintain environment quality and promote plant and animal health”- Doron 1994. “how well soil does what we want it to do” – USDA Rhodes pointed out that there are many other definitions however we should want our soils to support and  grow optimally yielding crops, “forever” without harming the environment. The soil food web may be used as the starting point in assessing soil health, however there are over forty different factors that determine soil health which can be grouped into biological factors, physical factors, chemical factors and nutritional factors. Rhodes aptly likened these groups of factors to being the pieces of a puzzle and that if on piece was missing then the puzzle is incomplete: Soil health shouldn’t be viewed in terms of biology only as it is comprised by a whole range of different factors, of the these there are only two inherent qualities that we can’t really control and aren’t affected by management easily; soil depth and texture. They are determined by the factors of soil formation such as climate, topography, vegetation, parent material and time which give soils some kind of inherent health or quality for example comparing a loamy soil to a sandy soil. A loamy soil may seen to be more healthy because it has a higher water holding capacity; or referred to as having a higher “soil capability’. Dynamic qualities affect soil quality or condition that we can manage, Rhodes proceeded to briefly highlight some of these factors and how the changing nature of soil properties determining soil health may be affected by management. Chemical and Nutritional factors Soil Acidity is a significant yield limiting factor in dryland agriculture in South Africa especially in KZN and the Eastern Cape and is starting to become a problem in irrigation areas which until recently have not been a familiar with this problem. Soil acidity initially starts off in small patches that expand if not rectified, they can often be identified as areas displaying poor growth (in severe cases not even weeds will grow); “seed vigour” and germination problems resulting from soil acidity have…

END_OF_DOCUMENT_TOKEN_TO_BE_REPLACED

The Fertilizer Society of South Africa (FSSA) was founded in 1959 and restructured in 2014  when it became know as the Fertilizer Association of Southern Africa (FERTASA). Adriaan de Lange who served as Chairman of FERTASA since 2014 completed his second term of office and delivered his final chairman’s report at the 2018 FERTASA congress held on 19 April at the Premier Hotel, OR Tambo International airport. The South African economy grew by 1.3% in 2017 and exceeded the National Treasuries expectation of 1% growth. Economic activity was driven by agriculture with agricultural production increasing by 17.7% in 2017 which contributed to 0.4% of national GDP growth. Agricultural production in the summer rainfall areas was marked by good yields for most crops and high income from animal products resulting in an overall reduction in South African food inflation which decreased from 9.9% in February 2107 to 4.5% in January 2018, which is a clear indication of the strategic importance of the agricultural industry in South Africa providing affordable food and food security for a growing population. South Africa achieved a record maize yield in 2017 however the overall trend of reduced plantings continued as farmers moved to more lucrative crops and diversified their operations. The world wide surplus production of maize caused the maize price to plummet from a high in excess of R4000.00 in 2016 to below R2000.00 in 2017. The drop in the South African maize price was exacerbated by the change from import to export parity pricing which led to the enigmatic situation that farming debt in the summer grain production areas increased despite a record crop being harvested. The surplus production of maize and resultant lower prices has led to increased plantings of soybean over the past eight years with a result that soybean production also achieved a record yield in 2017. International soybean prices has tended higher recently which bodes well for the future of local soybean production provided that the processing capacity for soybeans increases and cultivars more suited to South African conditions are developed to increase the overall yield per hectare. Agricultural crop production in the winter rainfall areas has been seriously  affected by the worst drought in a hundred years in the Western Cape which is continuing; the wheat yields ranged from 2 – 3.5 tons/ha in the Swartland and very low to almost no yield in other areas. Fruit and grape production had mixed results whereby exports of fruit and wine was favoured by the weak Rand and in some cases the extreme drought conditions enhanced wine quality; however the quantity produced was severely affected. The Western Cape Dam levels are currently down to 18.95 from 26.9% in 2016 and the Western Cape has been declared a disaster area, fortunately relief measures are being implemented. Fertilizer prices and consumption Fertilizer prices have stabilized internationally and production is increasing however demand hasn’t increased which has put prices under pressure. de Lange commented that fertilizers are currently trading at production cost rather than…

END_OF_DOCUMENT_TOKEN_TO_BE_REPLACED

Neil Miles is a consulting soil scientist based in Mount Edgecombe. Prior to entering into consultancy, he spent 28 years with the KZN Department of Agriculture, as a research scientist and research manager, followed by 10 years in research and advisory work with the South African Sugarcane Research Institute (SASRI). Neil played a leading role in the development of both the Cedara Fertilizer Advisory Service and SASRI’s Fertiliser Advisory Service (FAS). His PhD, through the University of Natal, focused on the nutrition of intensive pastures.  Neil’s particular interests are soil health and the nutrition of crops and pastures. Contact Neil: milesofsoil@gmail.com