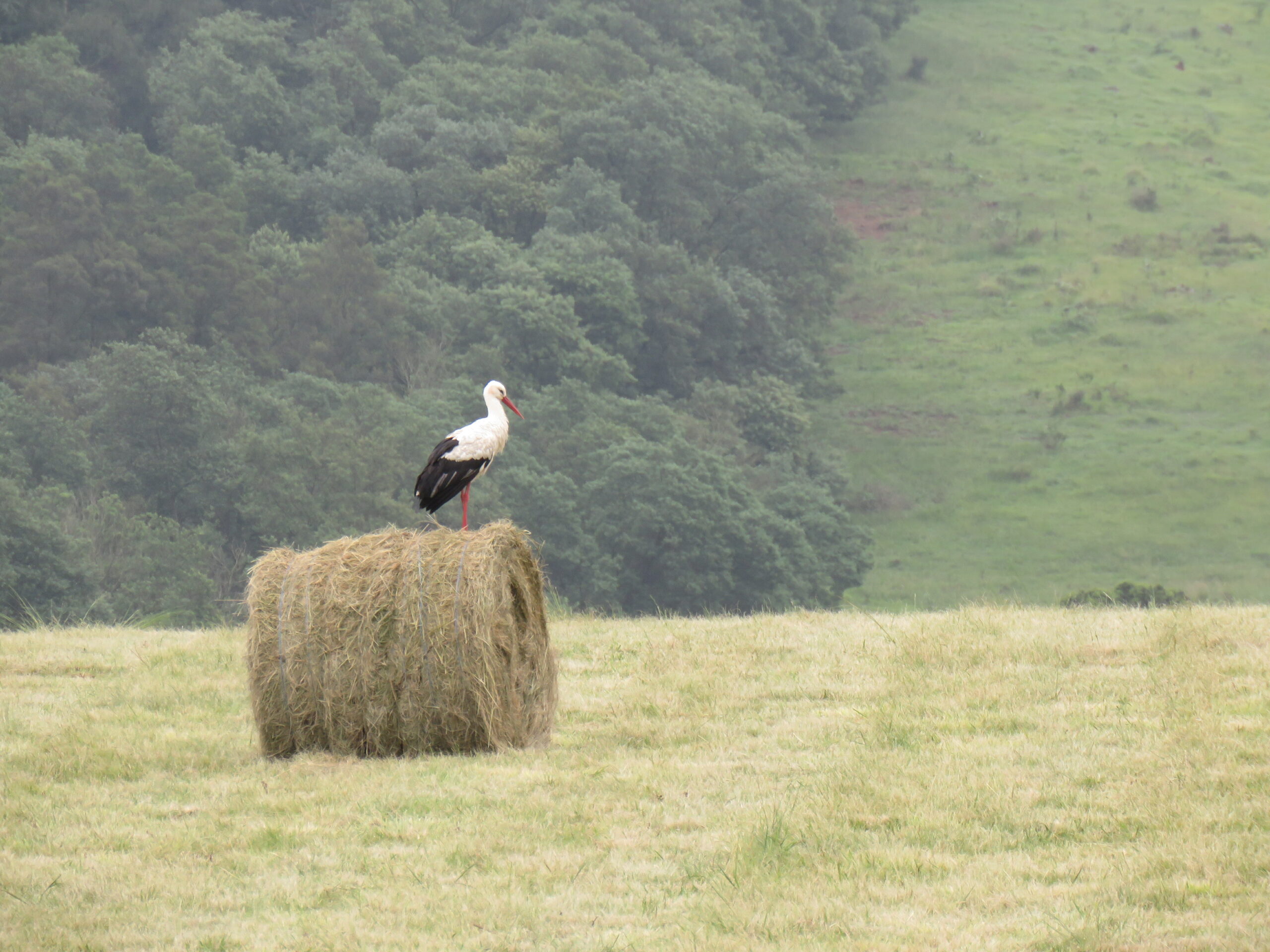 In recent years late spring rains and prevailing drought conditions have put many livestock farmers under severe pressure, especially those who have relied on post-harvest crop residues in combination with natural grassland (veld) to carry their stock. Reductions in maize planting and additional losses in dry matter from veld due to drought conditions have resulted significant deficits in fodder flows. 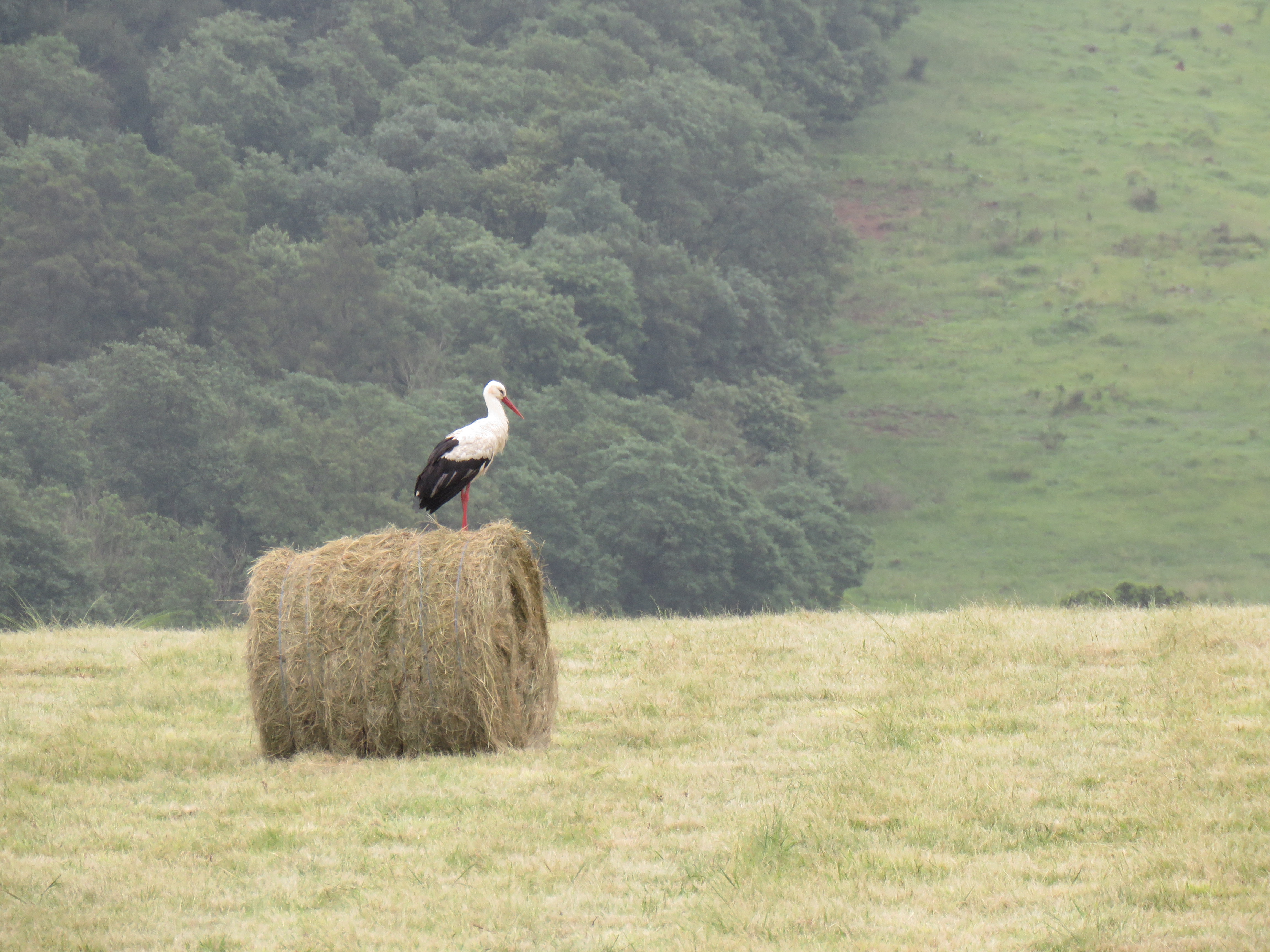 In the light of the above, consideration should be given to the establishment of permanent pastures on marginal lands.  This would serve several purposes, including the conservation of the top soil by ensuring permanent ground cover, and also provide a source of early grazing in spring with the additional potential to harvest several cuts of hay during the summer months to ensure a fodder bank for winter.

Eragrostis curvula( E. curvula) also known as “Weeping Love Grass” and “Oulandsgras” was one of four grass species that was selected as a result of the international recognition of the importance of grassland productivity and soil conservation, and is one of the most important pasture grasses in South Africa. E. curvula is easy to establish and generally persists longer than many other species. It has been used with great success for grazing, hay production, a lay pasture after pototo and tobacco production and has played an important role in the prevention of soil erosion by stabilisation of road verges and disturbed soil. There are numerous cultivars available in the market some of which include Ermelo, Agpal, Umgeni, PUK E3, PUK E436 and American Leafy.

E. curvula is a tufted subtopical grass with an extensive root system which helps build soil structure. It will survive in areas receiving 400 -1000 mm of rainfall per year and can tolerate soil acid saturations in excess of 70%. It typically grows from September through to March as seen in Graph 1: 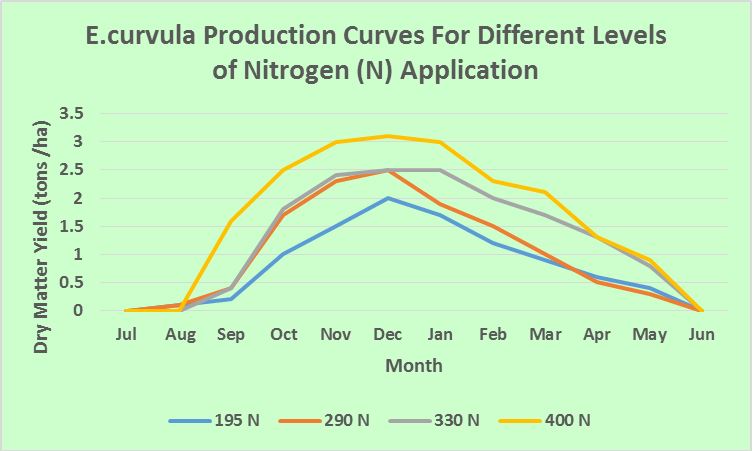 A well managed pasture may yield four cuts per season if the prevailing conditions are condusive to growth while in drier areas one or two cuts may be achieved. E. curvula yield is a function of rainfall, temperature and nitrogen application and may vary due to geographic location ranging from an excess of 12 tons /ha in the northern areas of the Eastern Cape, Midlands and Northern Kwa Zulu Natal and the cooler areas in eastern Mpumalanga, 6-8 tons/ha in the Free State, 8-10 tons/ha in Gauteng and tapering to 4-6 tons/ha in the western regions of the country. Dry matter yields in excess of 14 tons per ha are attainable with a good fertilization program; even with erratic rainfall, reasonable dry matter and protein yields are attainable, as shown in Graphs 2 – 4 below: 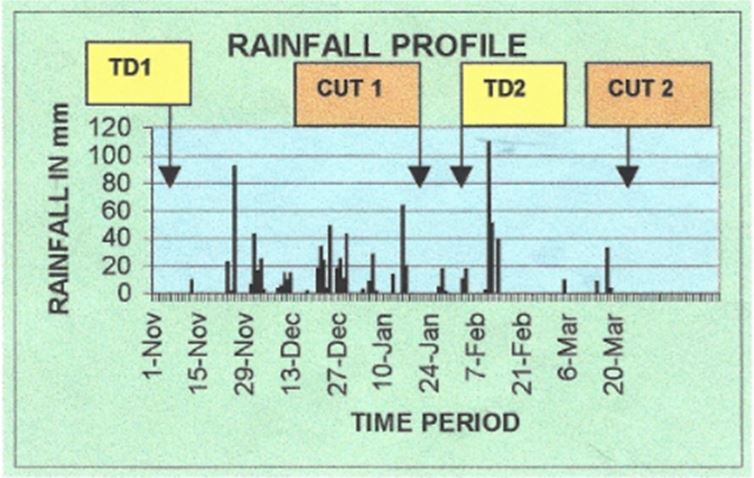 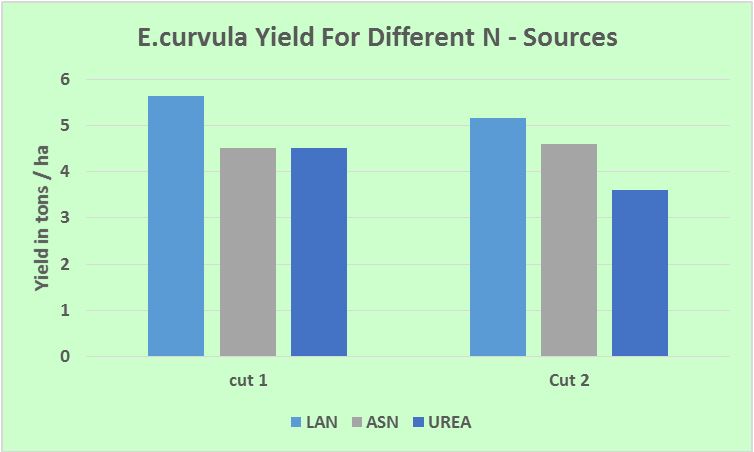 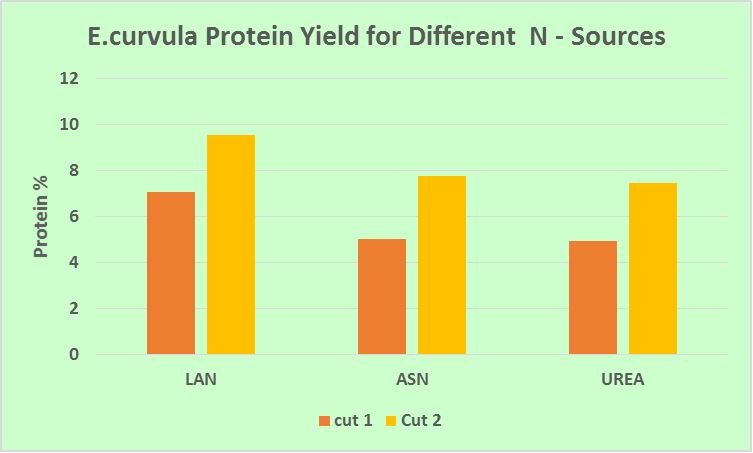 Application of N determines dry matter production and improves palatability; additionally, adequate potassium (K) is essential to ensure high yields are maintained. E. curvula is an efficient forager of K, it is important to carry out regular soil tests to ensure that soil K-levels are not ‘mined’ in high production pastures which will result in significant losses in production.  Furthermore, when planning N applications take into consideration a K–fertilization strategy to prevent luxury consumption.

Some useful soil norms for establishment:

Some useful tips for establishment

E. curvula may be used as a low input or high input pasture and has an important role to play in conservation agriculture rejuvenating degraded soil by improving soil organic matter content, soil structure and water infiltration and retention while at the same time providing permanent soil cover and reducing soil erosion.